Werner Hartmann lived for more than 50 years in Paris and worked successively in five studios, all of which were located in the Montparnasse quarter. 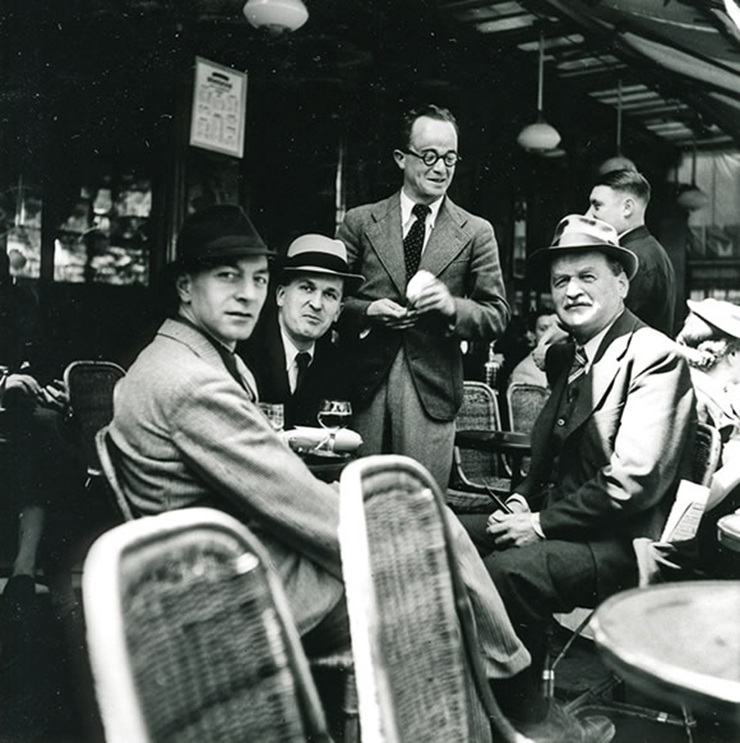 It was in this milieu that he met his future wife, Geneviève Hoummel (1920-2007), a passionate pianist and the sister-in-law of the cellist André Huvelin (1899-1978). A friend of Albert Roussel (1869-1937), Huvelin often invited his musician colleagues to his mansion of Mont-Saint-Léger in the Franche-Comté region, where Werner Hartmann used to work as well. In return, Huvelin would visit Hartmann’s studio at Rue Boissonade and play chamber music with pianist Geneviève Hoummel and musicologist-violinist Marc Pincherle (1888-1974).

In 1991, Pierre Cogen (born in 1931), principal organist at the Basilica of Sainte Clotilde in Paris, composed a work in remembrance of Werner Hartmann, commemorating the tenth anniversary of the artist’s death – “The apparition of our Lord,” inspired by Hartmann’s mural paintings in the catholic church of Gerliswil/Emmenbrücke (canton of Lucerne). The work was premiered there on November 10.

The artist and his wife are now buried on the adjacent cemetery.

Booklet with texts by Max Huggler on the mural paintings in Gerliswil, including the program of Cogen’s organ concert as PDF>>>]

To the paintings in the Gerliswil church