Born on May 28, 1903, in Emmen, LU.  He attends the Teachers’ College in Hitzkirch and moves to Paris in 1923.  1924-1928, studies at the Art Academies de la Grande Chaumière, Lhote, Colarossi, Julian, and Ranson.  Principal teachers include André Lhote and Roger Bissière.

His 1934 solo exhibition at the Art Museum of Lucerne and his invitation to the Swiss Pavilion at the 1936 Biennale of Venice testify to the recognition he enjoys in his native country.  His contribution to the 1935 exhibition Peintres Français d’aujourd’hui in Brussels and his 1938 solo exhibition in the Galerie de Paris, with a painting purchased by the French state, demonstrate his integration in the Ecole de Paris. 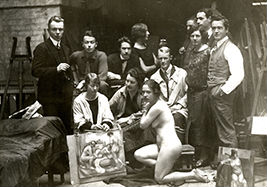 Werner Hartmann on the right 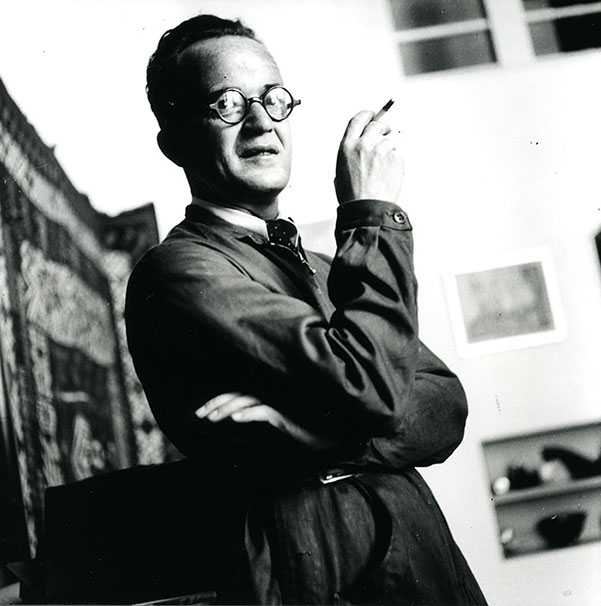 Equally important to him are his friendships with musicians and painters such as Francisco Borès and other figurative artists, for example François Desnoyer and Raymond Leguelt.  Aesthetically, he feels closest to the group Peintres de la réalité poétique, whose primary emphasis is on the rendition of atmospheres and sensations.

In 1939, he organizes the touring exhibition Jüngere französische und schweizerische Maler in Paris that is shown at the Art Museums of Lucerne, Zurich, St. Gallen, and Geneva.

In 1940, shortly before the invasion of Paris by the Germans, he moves back to Switzerland and sets up a studio in the attic of his paternal home in Emmen.

From 1941 to 1945, he teaches at the Lucerne Academy of Fine Arts and at the Teachers’ College in Hitzkirch.

1946, move back to Paris; he travels extensively, stays in the south of France for several months and periodically returns to his studios in Emmen and Montparnasse.

In 1951, marriage with the French musician Geneviève Hoummel; 1953, birth of their son Daniel.

In the 1950s, he completes several commissioned works of ecclesiastic art, including mural paintings for the catholic church of Gerliswil/Emmenbrücke (1953) and the Marienhaus chapel of the St. Anna convent (1954).

1960, trip to Holland.  1962, Art Prize of the city of Lucerne.  In 1963, he acquires a house in the south of France, where he likes to retreat increasingly often.  1981, retrospective exhibition at the Seedamm Cultural Center. 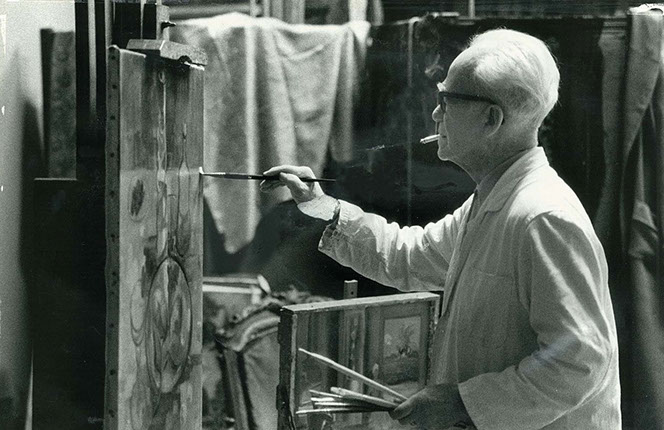 Werner Hartmann works on Nature morte aux citrons, about 1960, in his Studio in Paris, Rue Boissonade